I’ve said it before and I’ll say it again. I love data.

I love data, I love data analysis and I love evidence. Maybe not as much as Rob Briner, but that’s a tall order – we can’t all be that weird.

I worry that in the HR profession we’re increasingly happy to throw relevant information to one side and follow arguments that we personally value, even when the data suggests to the contrary. I’m especially worried that the whole “Human focussed HR” is being used as a cover all for sloppy, stupid thinking.

Two conversation happened last week that made me reflect on this in more detail. Now, the conversations in themselves weren’t stupid and the proponents were well meaning, but the arguments being made exemplified this risk.

I’m increasingly interested in the psychology of technology and the way in which our behaviour is manipulated by technology companies. It isn’t new, retailers have been using behavioural manipulation for years, but it is naive of us to assume that technology is purely about liberation. We are given the sense of being super connected, when in fact we are depriving ourselves of many other types of social contact and integration. You can look at the research on this and there is an increasing body that shows the potential dangers.

Then I saw this, 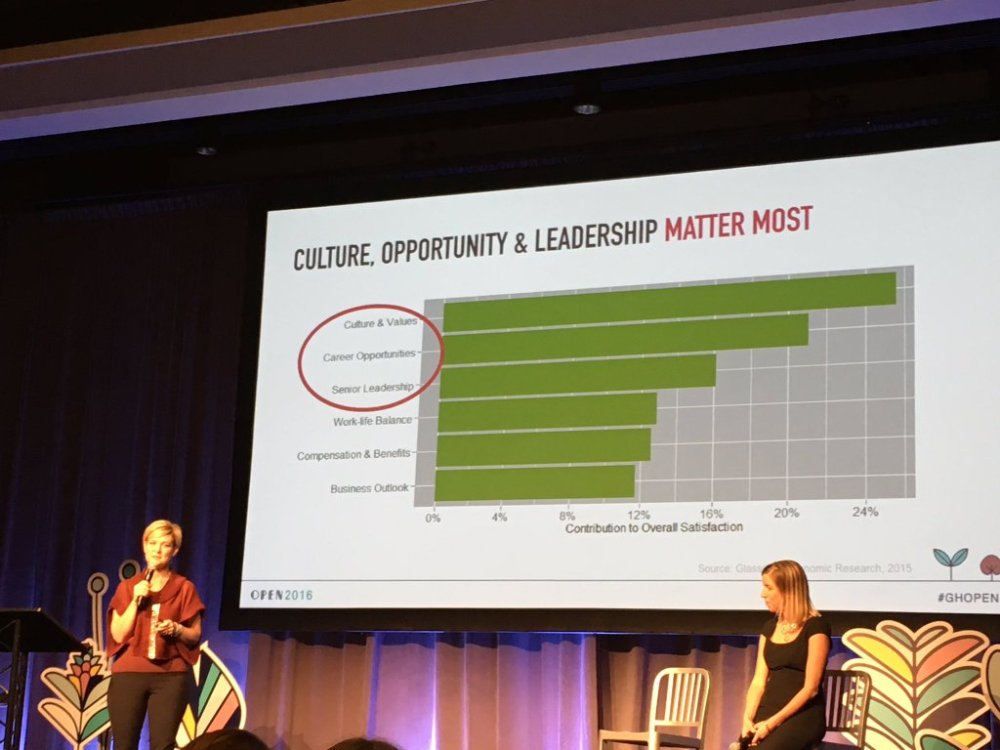 Both of these were being used to argue that compensation was really unimportant when compared to culture. It’s an argument that I hear a lot, it isn’t the money, it’s the culture. Ok.

But let’s reposition that data.

Because, the data also suggests that. I’m not sure I hear many proponents of this argument in the world of HR. I don’t hear people arguing that no-one cares about work life balance as long as you’ve got top quality (well paid?) senior management.

I believe in a more human workplace, I believe in making things better for employees and employers, for society. We will only do that by approaching this in a scientific, detailed and thought through way. Not by making bland assertions based on our gut instinct and personal beliefs.

If we want this, the evidence is there, we just need to be thoughtful enough to discuss all of it – even the bits we don’t agree with.